Bringing Back the O(h!) in Avocado Toast Emily Liu
5 Ways to Spice Up Your Ramen Game Haley Kang
Hot Ones: A Hot Show Michelle Kwon 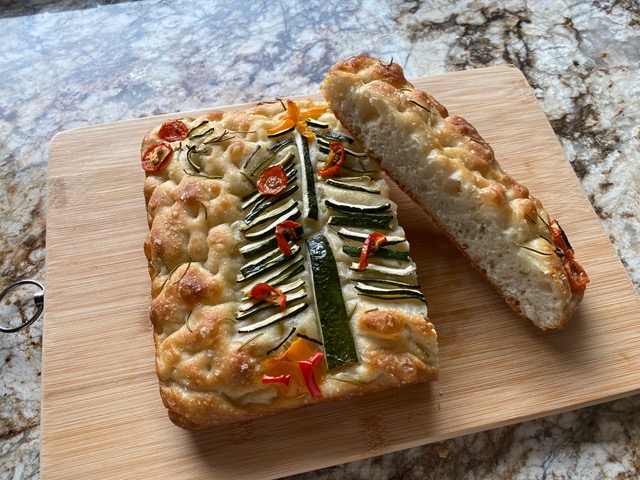 As much of the American young adult population unexpectedly found themselves in a lifestyle of seclusion in March, an interesting phenomenon arose. Naturally, out of no longer knowing how else to spend one’s time, people everywhere began tirelessly … whipping coffee.

But this was just the beginning.

Home kitchens suddenly became populated with sourdough starter, banana bread to last a lifetime, and maybe even for the adventurous few, some pancake cereal or homemade kombucha. This year undoubtedly has come with drastic changes – how we connect with others, what we must prioritize, and realizing what we have perhaps taken for granted. I wanted to retrospectively explore how our culinary desires fluctuated and look back on the many seemingly random trends of quarantine cooking.

I was fortunate enough to return home for the holidays and decided the best way to spend my second lockdown in the house I grew up in was to recreate my favorite quarantine food trends, with of course, a holiday twist.

Dalgona coffee took the world by storm through social media, after actor Jung Il-woo ordered the drink on a South Korean TV show called Stars’ Top Recipe at Fun-Staurant. The coining of the name is due to its likened taste with a Korean honeycomb toffee candy, also called Dalgona. I incorporated the whipped coffee into an amazing recipe for an Iced Peppermint Mocha, with homemade chocolate milk and just an eighth of a teaspoon of peppermint extract. If you’re looking to spice up any coffee drink, switching out regular brewed coffee with the Dalgona coffee recipe should be rather easy.

I remember thinking to myself this summer: “Why banana bread?” Why of all recipes had this one baked good become so drastically popular? I was shocked to find that banana bread originally rose to fame during another notable economic recession — the Great Depression of the 1930s. Because families started scrounging for every leftover scrap of food, they were even unwilling to throw away “rotten” bananas and began using them to make bread. So perhaps, there may really be an inverse correlation between banana bread popularity and the health of the economy.

The best part about banana bread is the endless utility. You can make it with any kitchen staples you have lying around, and you never have to waste the overripe bananas you didn’t get a chance to eat. Also, there’s so much freedom to what variations you can add – from chocolate chips to a streusel on top to Nutella swirled within. I, of course, had to make a gingerbread recipe sometime in the month of December, and it took the form of a Banana Gingerbread Loaf that I snuck chocolate chunks into as well.

I had never thought of the ways visual art and cooking could be combined, but there’s no better form that it could take than decorated bread. Whether that’s scoring floral patterns in sourdough boules or insane Challah braids, bakers have broken the boundary between what lies in a frame and what lies on a plate.

Baker Teri Culetto was the first to use focaccia as a canvas, after visiting Boston’s Museum of Fine Arts and being inspired by Van Gogh’s ‘Sunflowers’. Since then, her “Vincent Van Dough” and other creations have sparked so many focaccia gardens, including my attempt to marry flour, water, yeast, and art. For those who don’t know, focaccia is a life-changing Italian flatbread made with olive oil and herbs, and I decided to top it with an amateur Christmas tree composed of zucchini and bell peppers.

Living through a pandemic has certainly made finding joy in everyday things so much more important, and making these festive recipes reminded me that celebrating the holidays in quarantine can sometimes be just as satisfying. Here are some extra ideas for holiday spins on quarantine trends to try out for yourself:

Bringing Back the O(h!) in Avocado Toast Emily Liu
5 Ways to Spice Up Your Ramen Game Haley Kang
Hot Ones: A Hot Show Michelle Kwon